A history of excellence

Building a Culture of Excellence

Excell Refrigeration of SC, has prided itself over the past 25 years of being the best refrigeration installation and service company to our region.

Over those 25 years we have done little to no advertising other than the signs we have on our trucks and the shirts on our backs. Word of mouth and our reputation has served us well over these years. We have come up with a new way promote our company and ourselves internally and probably externally as well.

Challenge Coins for those of you who may not have heard of them have been around for quite a while; I have included a letter with a history and origin of the challenge coin.
We have come up with our own Challenge Coin and will be issuing them along with some basic rules that go along with the coin. As we go along we will collect ideas from you and others so that we can build on the basic rules and make amendments.

The History of the Challenge Coin

During World War 1, American volunteers from all parts of the country filled the newly formed flying squadrons. Some were wealthy scions attending colleges such as Yale and Harvard who quit in mid-term to join the war. In one squadron, a wealthy lieutenant ordered medallions struck in solid bronze and presented them to his unit. One young pilot placed the medallion in a small leather pouch that he wore about his neck.

Shortly after acquiring the medallions, the pilots’ aircraft was severely damaged by ground fire. He was forced to land behind enemy lines and was immediately captured by a German patrol. In order to discourage his escape, the Germans took all of his personal identification except for the small leather pouch around his neck. In the meantime, he was taken to a small French town near the front. Taking advantage of a bombardment that night, he escaped. However, he was without personal identification.

He succeeded in avoiding German patrols by donning civilian attire and reached the front lines. With great difficulty, he crossed no-man’s land. Eventually, he stumbled onto a French outpost. Unfortunately, saboteurs had plagued the French in the sector. They sometimes masqueraded as civilians and wore civilian clothes. Not recognizing the young pilot’s American accent, the French thought him to be a saboteur and made ready to execute him. He had no identification to prove his allegiance, but he did have his leather pouch containing the medallion. He showed the medallion to his would-be executioners and one of his French captors recognized the squadron insignia on the medallion. They delayed his execution long enough for him to confirm his identity. Instead of shooting him they gave him a bottle of wine.

Back at his squadron, it became tradition to ensure that all members carried their medallion or coin at all times. This was accomplished through challenge in the following manner – a challenger would ask to see the medallion. If the challenged could not produce a medallion, they were required to buy a drink of choice for the member who challenged them. If the challenged member produced a medallion, then the challenging member was required to pay for the drink. This tradition continued on throughout the war and for many years after the war while surviving members of the squadron were still alive.

Rules of the “coin check!”

This coin challenge is meant to build and strengthen our company from within. It is also supposed to be fun and to encourage each other with company pride. I truly believe we have the best people in the business and our customers confirm this frequently, when we stop hearing this from our customers we can all turn in our coins.

Prerequisite for receiving a coin:

A “coin check” consists of a challenge and a response.

Pictures of the Front & Back of Coin 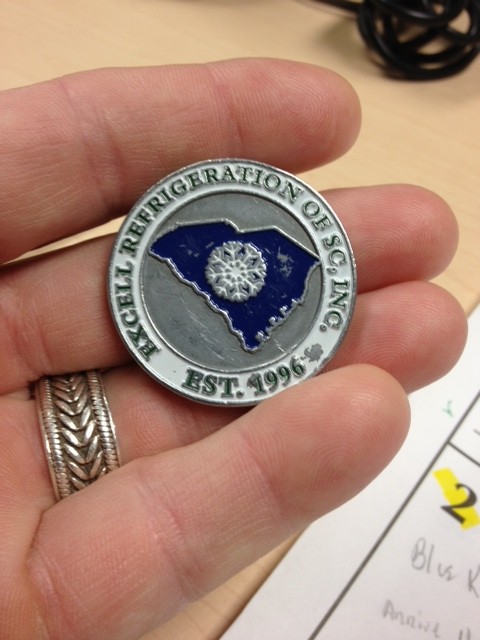 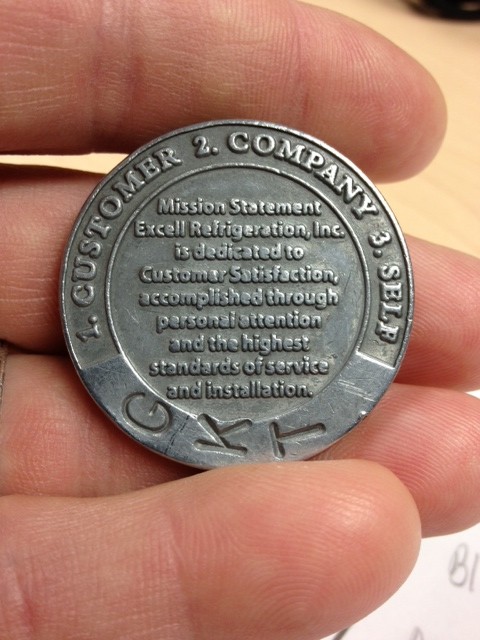 A coin can be revoked for:

A coin can be reinstated for: